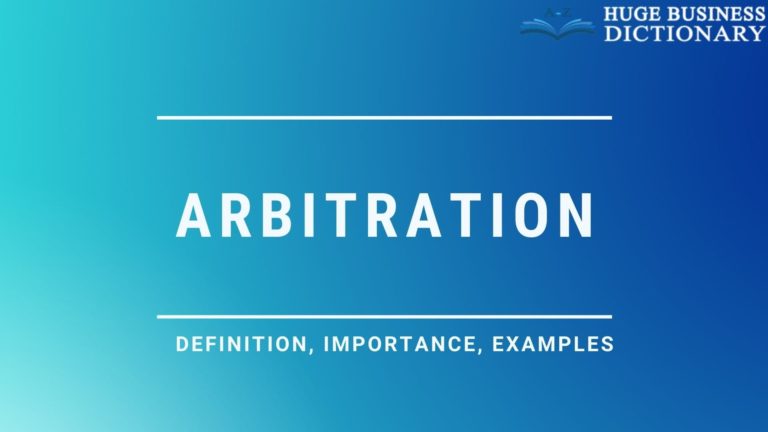 Definition: Arbitration is an alternative dispute resolution method in which a dispute can be submitted to a neutral party instead of being handled by a court or mediator. Arbitration can be used to resolve disagreements that arise between customers and companies over payment terms, return policies, product warranties, taxes, security deposits, or other matters.

Arbitration is best understood as a pre-trial dispute resolution process similar to a trial. In arbitral proceedings, parties present information, briefs, and evidence to an arbitrator who decides the dispute. Arbitrators are selected from a pool of attorneys, academics, and industry experts selected based on their ability to provide unbiased decisions accompanied by the proper evidentiary standards.

Arbitration is typically offered by a third-party platform that handles communications, dispute resolution, and other required services for your specific needs. The major advantage of choosing arbitration over a lawsuit is speed and cost savings. Arbitrators are often used in very small businesses or businesses where time is essential, such as e-commerce businesses. Arbitration is usually less expensive than a traditional court experience. However, there are always costs associated with using an arbitration service, such as identifying potential arbitrators or setting up your case for a hearing.

If the dispute between two parties isn’t resolved, either party can request an arbitration hearing. At the hearing, an arbitrator will decide who is right and who is wrong. The amount that either party pays will depend on the arbitrator’s decision, but it will not be less than the costs involved in pursuing the case in court. If you lose at arbitration, you can still pursue your claim in court, but it will be at a much higher cost than pursuing a claim in arbitration. Arbitration allows investors the opportunity to resolve their differences in a less costly manner and avoid expensive legal fees and time delays that can occur if they fight it in court.

Arbitration is usually faster than a lawsuit and can resolve disputes more quickly, reducing the anxiety surrounding spending on anything related to purchases made by companies with poor customer service records.

Arbitration is different from other dispute mechanisms because the parties are not entirely private firms; instead, they are individual investors and brokers who wish to resolve differences directly with an independent third party.