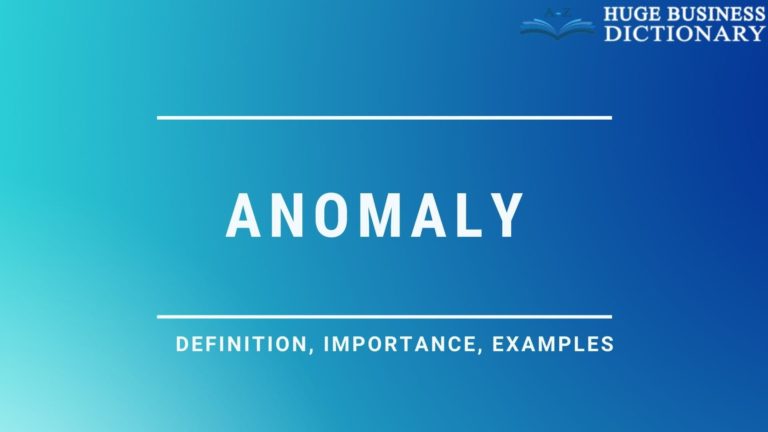 Definition: Anomaly represents a case where the actual outcome deviates from the model expectation. Thus, an anomaly occurs when we anticipate a specific result, but the actual event turns out to deviate from our expectations.

An anomaly can reveal fundamental flaws in an assumption. An anomaly can also dislodge a commonly held belief and advance a new understanding of a subject. Any sufficiently advanced model fails to incorporate all relevant observations and input and is vulnerable to challenge. Anomaly is not necessarily an event or circumstance that itself produces an anomaly; instead, it’s the state of affairs that opens up an opportunity for an event or circumstance to behave in unexpected ways.

Types of anomalies in finance

Anomalies are everywhere, and the best trader for them is always going to be someone who focuses on the truly useful aspects of his business.