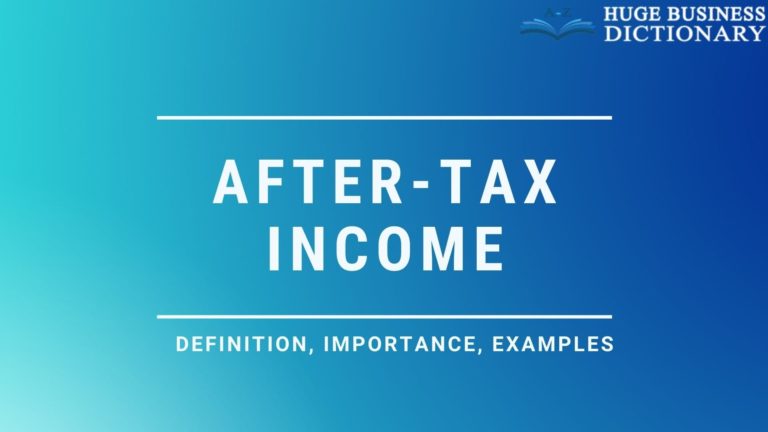 What Is After-Tax Income?

After-tax income is sometimes called “net income” or “disposable income.” The word “disposable” refers to this part of the money that still exists after taxes are deducted from all income.

Computing after-tax income for businesses is a complex process that gets even more complex when you add in some of the tax breaks available to certain industries, such as companies in the technology sector.

In that case, the amount of your employer’s contribution to Social Security is calculated on your gross salary minus such pretax deductions as the Medicare deduction and the deduction for contributions to a company retirement plan.

What Is the Significance of Corporate After-Tax Income?

Businesses can analyze whether a project is appropriate for the organization by judging whether the project has an adequate return. Projects that yield a higher after-tax income appear more profitable and attractive to businesses and investors.

Whenever a government imposes an investment tax, capital is diverted to more beneficial uses. When the tax is levied on the pretax return of an investment, it can be thought of as a tax on capital formation. Thus, when a corporate income tax is imposed, it reduces the rate of after-tax return required to give in an acceptable rate of return on investment capital.

What is the Significance of State Individual After-Tax Income?

State individual income taxes reduce a state’s after-tax income and the after-tax return of investments made by businesses. State tax rates can vary from as low as zero percent to as high as 13.3 percent, although several states have no state income tax.

Individuals and businesses who move to states with lower income taxes maximize their after-tax income by reducing their state income taxes and allowing them to invest more in other ventures.