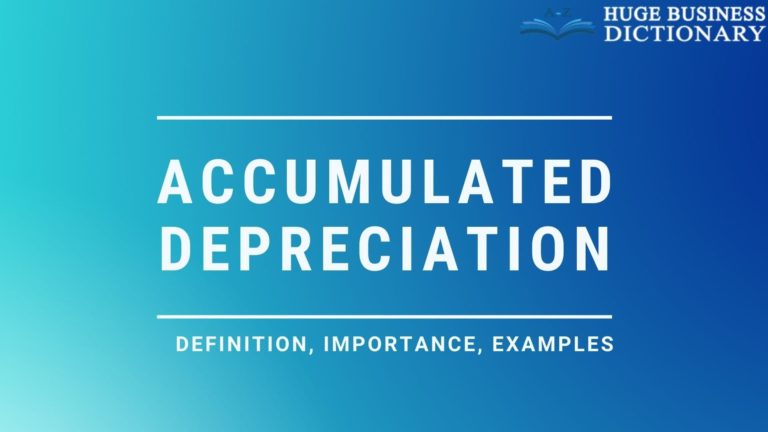 What Is Accumulated Depreciation?

Accumulated depreciation is an accounting term used to calculate the amount of depreciation an asset has experienced over its useful life. It is not the total cost of the asset, such as the purchase price or lease payments, but it is the asset’s cost to date.

Accumulated depreciation is typically calculated for tangible property and is used to eliminate all intangibles in determining a gain or loss on an investment.

Depreciation is allocating a cost over several accounting periods (e.g., years) to its corresponding revenue. Under GAAP, depreciation must be matched with the same accounting period in which the expense is incurred (i.e., Trade Date or Delivery Date).

The matching principle dictates that businesses must match expenses with their revenues in the same financial year. Depreciation is a term used by accountants to describe the process of allocating fixed asset purchases, such as machinery and vehicles, over their usable life.

In accounting, accumulated depreciation is the total amount of depreciation for an asset as recorded in the asset’s general ledger account (primarily a fixed asset account). It represents all the amounts taken to record the total amount that an entity has depreciated a tangible long-term asset since it was purchased.

On the balance sheet, accumulated depreciation is listed to the right of the current assets section. This value adds up to the amounts recorded for depreciation expense over time.

After 10 years, if the company were to sell the asset, there would be a gain/loss depending on the asset’s fair value and the amount received.

When amortization or depletion is recorded for the year, a contra-asset account is credited to maintain the asset and expense balance.